Bar Has Been Raised

Were it not for the Leaburn injury news we would I think have been going into last night’s game in a much better frame of mind following the victory against Exeter. Another three points we knew would take us up to 10th, only two points off a play-off position (yes, having played more than some but still, after such a run without a win?). But the realisation we would be back to two genuine forwards, one of them coming back from injury and likely to be risked for no more than 20 minutes, had rather put a spanner in the works, leaving it open whether we would press-gang someone into playing as a second forward or reverting to the previously favoured 4-3-3.

All I can say is we were wrong to have such doubts as the team delivered our best full game of the season, completely dominating good opposition (albeit they had stuttered of late), threatening from open play and (for once) set pieces, and a clean sheet thrown in for good measure. The decisions on formation and team selection were vindicated and we were served up with a focused and energetic display. The only thing to complain about (and there is always something) was why we hadn’t displayed such resolve in games against (on paper) lesser opposition during the winless run.

The team when it came through didn’t entirely clear up the issues. Kirk, Blackett-Taylor and Rak-Sakyi were all in the starting line-up, suggesting one of them would be paired up front with Stockley in a continuing 4-4-2, rather than having one of the three on the bench and going back to 4-3-3. Would it be CBT, for pace in behind, or Rak-Sakyi, who has been used before as a second forward (albeit not to good effect)? The least likely option seemed to be Kirk, who would offer no real pace in a central position and hasn’t looked before like either a number 10 or an inside forward. But Kirk it was – and he was to play his part, not in terms of a real goal threat from that position but making a nuisance of himself drifting in and out of positions and providing an assist. Most important, that choice enabled the wide pair of Blackett-Taylor and Rak-Sakyi, ably supported by Sessegnon and Egbo, to terrorise Portsmouth.

As has been clear from the start, going with only Dobson and Fraser in central midfield was a risk, even with others dropping deeper to help out. I’ve had my concerns – and thought that if we wanted to use that formation it might be better to pair Dobson with Clare, or Forster-Caskey, to provide similar effort to cover the gaps. Those concerns also went out of the window as Fraser put in an outstanding display, mixing determined covering and tackling with perceptive distribution, while Dobson was also at his best. To complete the picture, O’Connell and Inniss mopped up just about all that was thrown at them, with a little shirt-tug here and there, and both were to score. Can’t say much about Wollacott since aside from an early fairly routine tip over the bar he had very little to do. Portsmouth’s manager acknowledged that they were below par, but that seemed down to us and the pressure we put them under.

As for the game itself, Portsmouth did have the better of the early exchanges, dominating possession and bring the save out of Wollacott. But we took the lead after just 16 minutes with our first effort on goal. A corner was played short to Fraser and he curled in an inviting cross. The movement in the box had worked well and left Inniss paired against someone who was never going to win a physical contest with him. Jumping from behind and over the guy, Inniss powered the ball down and into the net. It has been a long time coming but gave notice that we have been doing more (necessary) work on set pieces on the training ground.

All games have turning points and one did come on 25 minutes as Portsmouth intercepted our attack on their left and for once got behind us. The ball into the box looked likely to be met by their forward, but he hadn’t reckoned on O’Connell grabbing a decent chunk of his shirt to pull him back. Appeals for the penalty were rejected, but quite frankly as they said on CATV either the guy was offside or it was a stonewall penalty, possibly a red card too (I don’t know the rules anymore but the Plymouth guy went for our penalty in that game). If the officials just missed the shirt pull we really did get away with one.

And not long after we doubled our lead. This time it was a Portsmouth attack which broke down as Fraser got his chest in the way of a crossfield pass. It dropped nicely for Kirk and he got the timing and direction of the ball to a rapidly advancing Blackett-Taylor just right, into his path beyond his marker and bisecting the two defenders. His first touch was excellent and nobody would now get near him. But the second was a double-hit and for a moment it seemed CBT had overrun the ball. I suspect their goalkeeper thought so too as he seemed to be distracted. Instead the guy’s pace just compensated for it and he still reached the ball, poking a low effort through the keeper’s legs.

All that was required after that was see it through to the break without conceding, although Rak-Sakyi drew a decent save from their keeper after cutting inside. At half-time we were good value for the lead, the questions being whether Portsmouth would shake things up and provide more of a threat in the second period. The subsidiary question was just how long some of our starters could last, given their track records and the effort that had been put in.

Portsmouth did make changes, winning a few corners and a free kick or two, and a new guy on the left caused problems for a while. But we also threatened, with CBT almost making it three before the hour, like Rak-Sakyi cutting inside an unleashing a good strike which was headed for the top corner before their keeper got a hand to it. And any doubts over the outcome were put to rest not long after as, similar to the Plymouth game, a red card and a goal secured the points. Fraser drew a sliding tackle from a guy already yellow-carded and, although it looked fairly innocuous at normal speed, it was above the ground, ankle-height, and could have been nasty. A second yellow seemed the correct decision and off he went. And with them in disarray the free kick from Fraser found O’Connell in acres of space inside the area to head home unchallenged.

That in turn solved the problem of who might last the game as we could make changes with no risk. Off went Blackett-Taylor and Rak-Sakyi, to be wrapped in cotton wool, with Morgan and Payne replacing them. Not long after Stockley and Sessegnon departed for Aneke and Clare, then Fraser was replaced by McGrandles. There was to be no icing on the cake from Chuks this time, or a run-out for Campbell, but nobody cared.

We should take a little time to enjoy that performance and the result. And give Garner a pat on the back for getting the selection calls right. Just two things really to note before we look ahead to Shrewsbury on Saturday. First, with Leaburn and Jaiyesimi not available we are not well covered if anything happens to one of the wide guys (and they both put in a good shift). Second, I hope all concerned feel that the bar has now been raised. We played with intensity and commitment and got the result; we weren’t at that level during the winless run and it wasn’t an accident, or bad luck, that we were coming up short. There can be no excuse for lapsing back after we’ve shown what we can do. 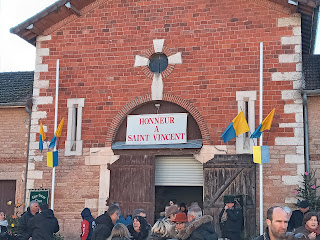 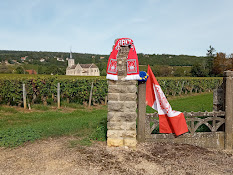